The pogona Vitticeps is sometimes known as the yellow head bearded dragon and is what most people think of when they hear bearded dragons. Their natural habitat is rocky desert, dry shrubland, and forested areas in central Australia. They are the species that make up the vast majority of the bearded dragon pet trade and are well known for their mild temperament and easy-going attitude towards humans. P. Vitticeps come in many colors, from dull gray to bright orange, to white and more, and can vary in appearance determined by their morph and the level of care they have been given, and they can grow to be up to 24" long. As omnivores, they eat a diet of protein that consists of live insects and various fruits and vegetables. In the wild, they generally live to be around 5-7 years old. Still, in captivity, their care has been fine-tuned to be able to extend their lifespan to up to 14-18 years, for more information on caring for a Pogona Vitticeps bearded dragon as a pet click here. 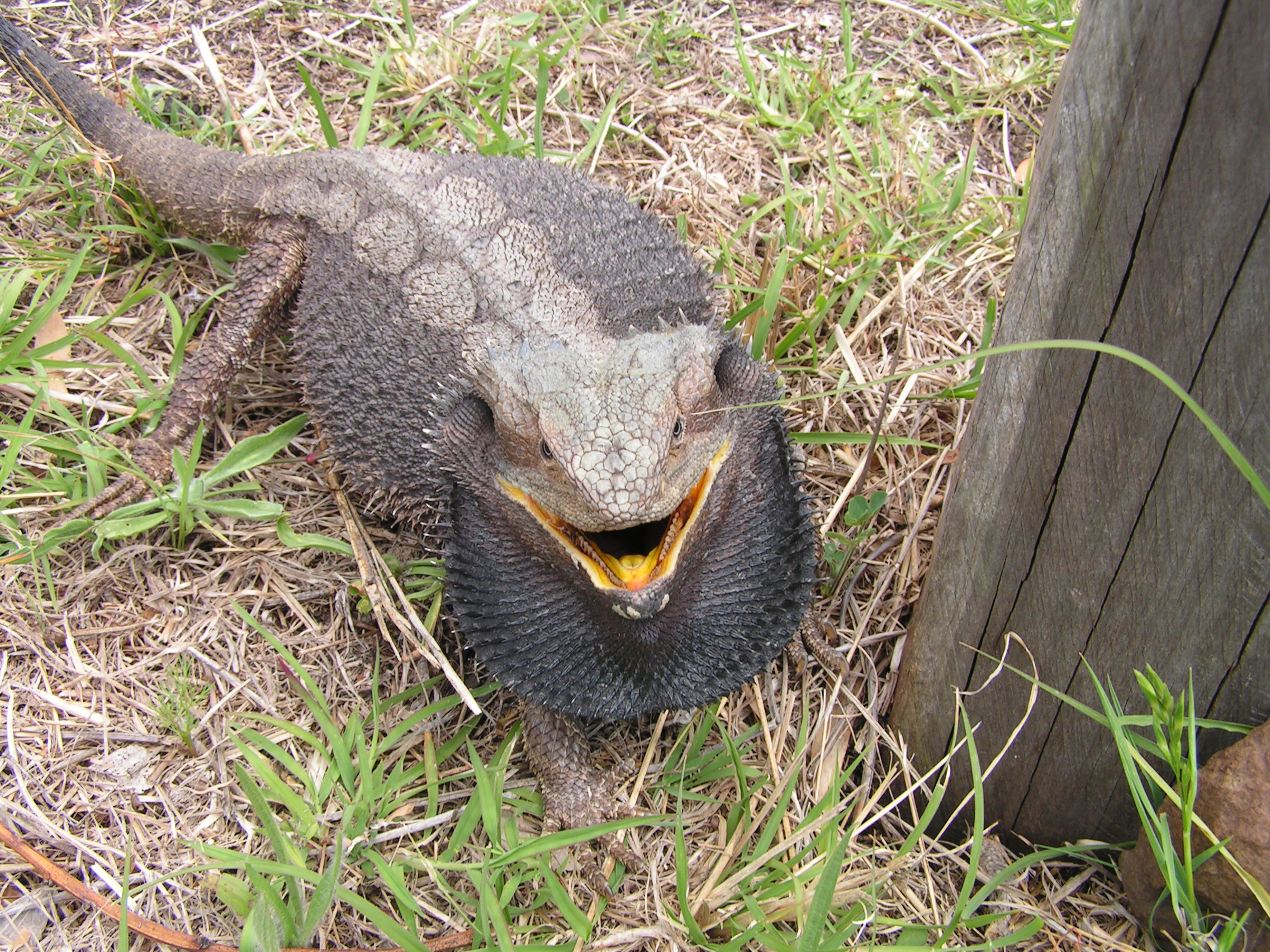 Pogona Barbata are mostly found in dry woodland areas of the Eastern parts of Australia but have also been found living in the central and southern regions as well. They are known to be the wild cousins of the P.Vitticeps and look the part, they resemble an angrier version of their more friendly counterparts. They have less of a friendly attitude to match being warier of humans and it is rare to find them in the pet trade although a few people do keep them. Being dark grey to black with a bright orange mouth that is used to frighten off potential predators, the males can grow up to 24" while the females tend to be a little smaller and usually grow up to 20". They are omnivores, so eat a diet of protein as live insects and fruits and vegetables as well as small rodents and reptiles. Being that they generally aren't kept in captivity, they live to be around 7-9 years old. 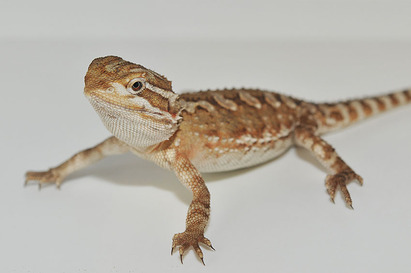 Pogona Henrylawson are also known as Lawsons dragons. They are mostly found in central/western Queensland, Australia, and generally resemble the P.Vitticeps with brighter colors than the P.Barbata, but they have a smaller beard and are much smaller in size, only growing up to be about 12" long. Lawsons are not commonly found in captivity but are known to have a similar temperament and care needs as the P.Vitticeps. Seeming to be aware of their smaller size, they will usually act more submissive towards humans and like to use the submissive waving gesture. When looking at a dragon for yourself it is important to remember that any dragon can be small if not given the correct care, it has been known for P.Vitticeps to be mislabeled as P.Henrylawsoni when they have simply been given sub-par care so have not achieved the full possible rate of growth. 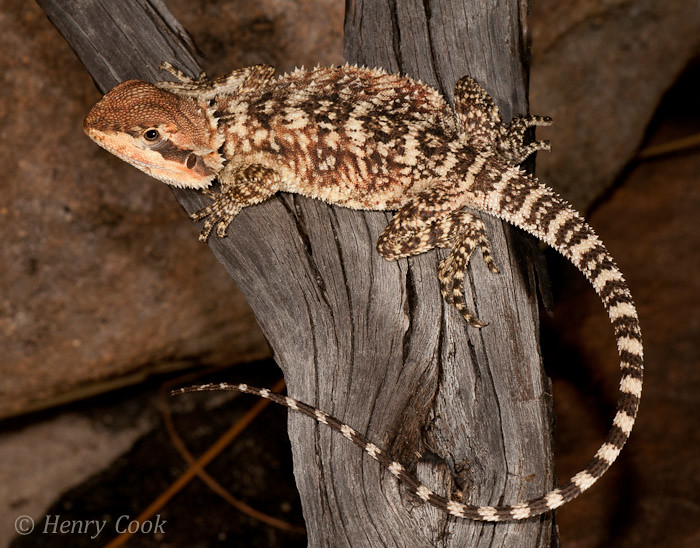 Pogona Microlepidota are found in the small coastal region (Drysdale river) in north Kimberley, in northwest Australia. Not very much is known about this species, they are rare, and they prefer the coastal regions and dry woodland areas. They have smaller scales and spikes than other species and are mainly insectivorous; they are also tiny compared to other Pogona only growing up to only be 4-6" long. Pogona Minor Minor are usually found in Western and Central Australia, preferring scrubland, woodland, rocky areas, and desert. They are often confused with the Western and Mitchells dragons, all being similar in appearance, but they are generally small and dark in color with shorter legs and tail and a smaller head and almost no beard, and they grow tp be 14-18" long. They are omnivorous, so live on a diet of live insects and some plants. Pogona Minor are found in Western Australia and the Wallabi Group of the Houtman Albrohos Islands they are generally found in dry wooded areas and are very similar to the P. Minor Minor in appearance but have longer tails. They grow to be up to 12" long and are omnivorous eating small insects and some plants. Pogona Minor Mitchelli are found in semi-tropical woodland and arid desert in North-Western Australia. They grow up to be 18" long and are identified by the large conical spikes that are not found in other pogona species, being omnivorous they eat mainly live insects with some plants.

Pogona Nullarbor are found in flat arid sparse shrubland in South Australia. They can grow up to be 18" long and are identified by banding on their back and tail, which is why they are also known as the Banded Bearded Dragon, they also have large white stripes on their back. As with pretty much all pogona species, they are omnivorous and live on a diet of live insects and some plants.